AEA began back in 2008; it was a time that there was a normative need for such an organization as AEA. There were very few centers active in the engineering industry development and those few ones were operating only in training very basic trainings. Soon, AEA made it to stand as a well-known and authenticating academic and social center. AEA first started from conducting training programs which comprised of holding courses for Afghan engineers in the field of quality control management and surveying. At that time, only main branch was established and there were no other offices of AEA at provinces.

Very soon everything changed. AEA spread its operational fields and extended its activities from Kabul to provinces. In 2009, AEA opened its Jalalabad, Maidan Wardak, and Herat Branches. Subsequently, Mazar, Kandahar, Ghazni and Kunduz branches were opened. A well-integrated network of Afghan engineers was established. AEA organized registered members whom are all engineers into appropriate departments and committees. It was time that AEA was not only undertaking basic engineering trainings but authentic and extensive engineering subjects being taught by lecturers with advanced level of expertise.

Getting eligible to oversight and conduct developmental projects and research projects, AEA gained credence to act as entity that the Afghan government would reckon with for the purpose of evaluating and monitoring of engineering initiatives and building and developing the capacity of Afghan engineers and military construction projects. Working with our strategic alliances, we have on the eve of getting contracts of fuel supply, mining, and healthcare services. 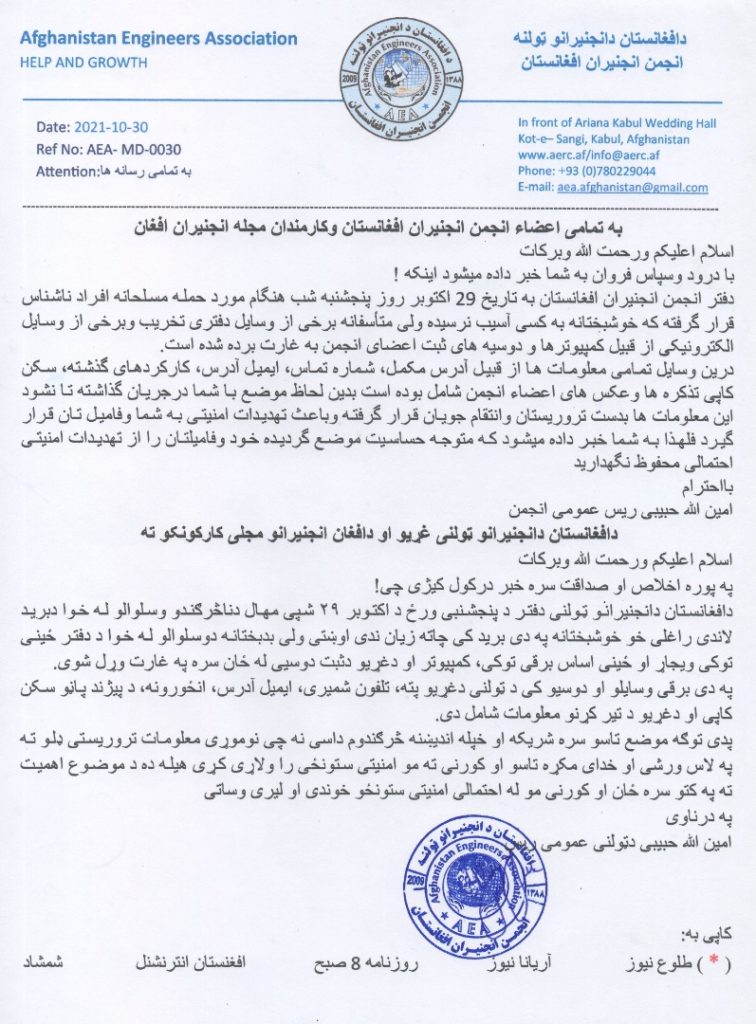 With many greetings and thanks, you are informed that!
The office of the Afghan Engineers Association was attacked by unknown individuals on Thursday night, October 29. Fortunately, no one was injured, but unfortunately some office equipment was destroyed and some electronic devices such as computers and members’ files were stolen.
These items include all information such as home address, contact number, email address, past functions, scan copy of ID cards and photos of Association members.
Therefore, you were informed so that this information would not be given to terrorists and avengers and would not threaten you and your family.
Therefore, you will be informed that you have noticed the sensitivity of the event and protect yourself and your family from possible security threats.
With respect
Aminullah Habiby General Chairman of the Association

To validate your Membership in AEA click on image below. 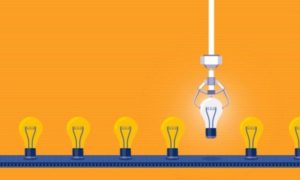 Join to our Comunity